Adjoined to London's St. Pancreas railway station with direct access to the Eurostar terminal, this 5 Star luxury hotel, a features dining by Marcus Wareing, at The Gilbert Scott, an elegant British brasserie and bar.

After years of restoration, the luxury St. Pancras Renaissance London Hotel has become an icon and model of hospitality. Behind the fairytale façade that Sir George Gilbert Scott fashioned for the Midland Grand is a London 5-star hotel like no other.

A Key feature is the Victorian tiled pool with spa, offering a unique experience and sanctuary of tranquility.

Whether you are planning a corporate or private event St. Pancreas Renaissance provides a stunning London event venue, full of Victorian grandeur.

I typically stay at Marriott properties whenever I can, and I've stayed at Renaissance hotels around the world. Until this past week, my favourite was the Renaissance near the Forbidden City in Beijing, as it is sleek, modern, comfortable and centrally located.
However, I just fell in love with the St. Pancras in London. The hotel is built in the older St. Pancras international rail station across from Kings Cross Rail station. It's an excellent location having access both to international and domestic rail service and a tube station.
The rooms are comfortable and neat (stayed on the Barlow wing) fairly easy to get to, quiet and well cared for. There are SOME signs of age, like stains in the paint in the bathroom, but otherwise minor quibbles, the hotel is quite nice. The Booking Office restaurant and lounge offers a delicious breakfast daily, and great drinks and dinner later on. The lobby is well appointed and roomy/airy. It can get a bit noisy at times, but that's really a feature of acoustics and the nature of old, vaulted ceiling buildings. It was still a nice place.
The pool was the nicest, most relaxing pool I've experienced yet. Dark, but lit, including several areas for bubbles (think jacuzzi), it's not the kind of pool you'd take the kids to, thus it was very relaxing to soak in each evening after a day's explorations. The steam room was nice, and helped melt the tension from my weary muscles. The shower facilities and lockers were very much appreciated.
My only complaint is that as a Gold Elite, I should have had access to the private lounge, however, I was never made aware of where it was. There was an offer of free drinks in the evening, but we were always out later than they were being served, so I never had the chance to take them up on that. I DID, however, enjoy that breakfast each morning, and it was always exemplary.
So minor quibbles aside, I will definitely be back to the St. Pancras Renaissance on future trips to London.
Sarah
September 20, 2016
“Excellent!”

How Staycations are Set to Soar! 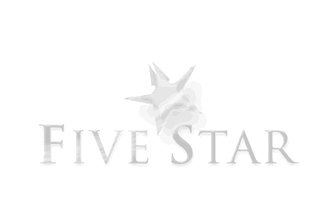 “I want to go, I want to get away..." Cork, Kerry, Galway, Mayo and Clare are currently trending. ... Read more 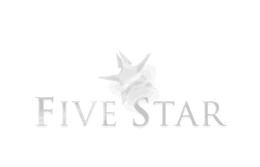 The Savoy View property
Cookies are required for normal operation of our website. However no personally identifiable information is stored in any of the cookies that we use.
OK